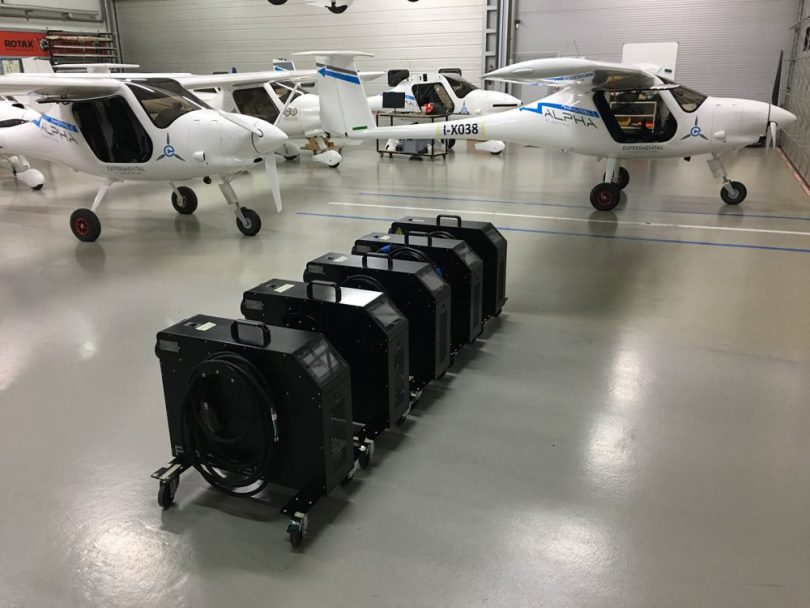 Trains, cars and planes…Is there room for all of them in your garage?

The rechargeable battery was invented by a frenchman in 1859, and by 1881 a French electrical engineer had placed a motor with rechargeable battery on a tricycle creating the first roadworthy electric vehicle. By the 1890s, EVs where being sold to the public. In 1900 over 35 percent of America’s cars were powered by electricity. In 1997, the ever popular Prius arrived. The rest as they say is history. (China is now developing a tiny electric car that will be sold in China for about six thousand dollars)

So these are all the things we know, and this story is not about electric cars…rather about electric passenger aircraft. It was bound to happen and finally it has.

First things first. We have to understand and agree upon several key factors in turning aviation green. First, almost 80% of the world’s population has never flown in an airplane. Seems amazing to those of us in the far wealthier western world. But it is true. Second, all of the things which make our planet happier — solar panels, wind turbines, large batteries, and the like have no place on airplanes. Gravity is an unforgiving mistress.

We also understand that fleets of large size passenger carriers can not keep flying millions of miles each year and burning millions of gallons of fossil fuel.

To date, there are smaller electric battery planes being tested. These are at present smaller craft going limited distances and carrying small passenger loads. Small crafts with lighter loads are certainly leading the parade. This is a wonderful sign for smaller and perhaps even private, air craft.

These small planes will some day be deft enough to land and take off in your own backyard. They will be primarily green using a fraction of the fossil fuel we use today on our highways.

What about the larger trans continental and trans-oceanic flights. Might they join the party? The answer as of 2022 is sadly no, not yet.

David Alexander, director of aero space standards at a large transportation engineering firm, says that to get one of these mighty birds airborne would take the power of 4.4 million laptops. That’s just to get it off the ground.

Problem. The jet would never actually leave the ground because the batteries would weigh seven times as much as the plane itself!  So it might be back to square one. That’s sort of a good thing. With all the larger air transport companies understanding the problem and actually having the R&D resources to solve it, the race is on.

The good news is that every year the aerospace industry is getting greener. Today’s jet liners are twice as fuel efficient and several times cleaner in their fuel burning than were their ancestors. And the numbers are getting better every year.

For now you will have to simply be patient, or fly your battery powered plane the two hundred or so miles it will get you, stop recharge…. go… stop recharge, etc.

Or charge up your Tesla, pack granny in the back, the kids up front and get going!