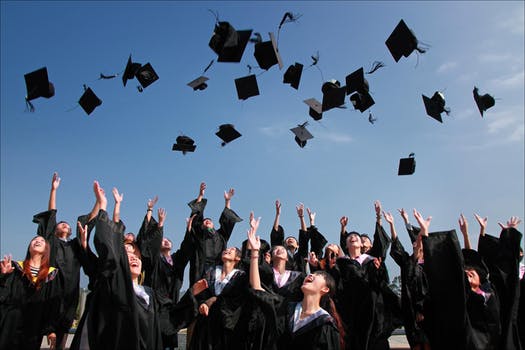 Not only does it cost more, but you may also be getting less for your money.

Most of us are aware that higher education has major problems today, but we may not know the extent of these problems, nor their causes. It’s not just a matter of the cost of a college degree, although that’s certainly a big one. It’s also about quality and relevance.

We were given some insight into what’s gone wrong from a high-ranking administrator at a major university who’s highly concerned about the direction our institutions have taken. This person has requested anonymity because some comments are highly critical, and well, he’d like to keep his job.

Here’s what he had to say.

How Did Things Get So Bad?

​Part of the problem seems to stem from a loss of identification — about 30 years ago, higher education began to adopt some ideas from business. Before that time, college and university presidents were senior scholars whose job it was to make sure that the academic enterprise was run with integrity and high values. Some were good business managers, but that is not why they were made presidents. Fund raising was left to the board of trustees and administrators who were hired to raise money. But today there is more of an emphasis on making profits rather than providing an important social service, and administrators are expected to be part of profit-making machine.

Why the Higher Costs?

​In 2011, the Huffington Report noted that colleges and universities raised their tuition at a rate that far exceeded inflation or medical costs. These increases were due partly to operating expenses but were largely affected by increasing salaries. Professors started making better salaries than they ever had and the growth of unions and collective bargaining fueled this growth. Higher education rarely did anything to significantly decrease expenses.

There was also an increase in the cost of administration. The Huffington Post (2014) reported that, “In all, from 1987 until 2011-12—the most recent academic year for which comparable figures are available—universities and colleges collectively added 517,636 administrators and professional employees, or an average of 87 every working day, according to the analysis of federal figures, by the New England Center for Investigative Reporting in collaboration with the nonprofit, nonpartisan social-science research group the American Institutes for Research.”​

Faculty unions and academic tenure added to expenses. Initially unions and tenure were created as ways to protect faculty members’ academic freedom, that is, the right to responsibly pursue the study of any topic despite its popularity or political associations. Faculty unions no longer serve that purpose, but instead they focus on securing better benefits and salaries for their members. They also spend a great deal of effort protecting faculty members from disciplinary action, even if they don’t deserve the protection. They don’t bother themselves with academic freedom issues, but now function in higher education as do unions in business. Again, we see the influence of the business model in higher education.

Costs More, But You Get Less

​Colleges and Universities increased their use of adjunct faculty. In 2015, Forbes Magazine published an article stating that in the 1970’s approximately 30% of the college and university faculty were adjuncts, but by 2015 that figure increased to 50%. Adjunct faculty members teach courses for relatively low payment. They receive no benefits, are non-tenured, and are rarely included in faculty governance. The criteria for hiring adjunct faculty members are usually determined by need dand are not the criteria used to hire full time faculty members — teaching effectiveness, scholarship, and potential for service.

Adjuncts are cheap and keep the personal budget lower than it would be if full-time faculty members were hired but are not subject to the same scrutiny. However, the cost savings they provide is not enough to offset the increases coming from other areas, but it has weakened the quality of the education that students receive.

With the need for more money to cover expenses, higher education developed a concept called enrollment management. Students became customers and enrollment managers were rewarded based on how many students they could recruit. Higher education spends a great deal of money on recruiters, marketing campaigns, attractive advertisements, and uses all the techniques that business marketers used to sell household products. There is more interest on telling the public that higher education had a valuable product rather than making sure its product was, in fact, worthwhile.

Parents also got very involved in college admissions. College fairs saw a major increase in the attendance of parents who asked all the dquestions, leaving their children to listen. I can remember a college fair in which a parent approached me with a spreadsheet asking questions about what support I could give his child. The spreadsheet listed all the colleges the parent was interested in and indicated the costs of each college, along with the aid that was promised by each. The implication was “I have options, so tell me what you’re going to give me.”

And Customers are Demanding

If students are now customers, they want the best product they can get and pay as little as possible. You would think that would have resulted in higher education providing a better education, but it did not. That attitude produced a phenomenon called grade inflation. In 2010, Inside Education noted that in the 1950s the average college grade was 2.52 on a four-point scale, or approximately C+.  By 2006, the average grade is 3.11, equivalent to B-. According to Stuart Rojstaczer, a former Duke University Professor and founder of gradeinflation.com, grades only keep rising. At some colleges over 50% of the grades are A’s. In 2013 USA Today ran an article entitled, “College grade inflation: Does ‘A’ stand for ‘average? A grade of C is considered by most students as equivalent to failing. Students have the impression they are paying for their education and therefore should get good grades despite their actual performance. When students are told they don’t pay for the education, they pay for the opportunity to get an education, they look in disbelief.

The pressure to get students, keep them, and graduate them has pushed faculty members to lower their standards and to give higher and higher grades, despite the fact that student achievement has declined, as indicated by the performance on standardized tests over the years. This is in spite of the fact that our spending on education is the highest in the world.

But You’ll get a Better Job, Right?

​Another real problem is the idea that the goal of higher education is job training. Students and parents often ask college admissions officers what jobs are available for students majoring in the field they are interested in. Clearly higher education should give you the skills to succeed in the workforce, but the question is, “What are those skills?”

In the 1990’s a college placement office ran focus groups with employers and asked them what they wanted from the college’s graduates as potential employees. The answer was unanimous — don’t teach them lots of techniques and procedures. They want employees who could read well, speak well, write well, solve problems, and work well with others. Does higher education see its role as providing the opportunity to develop those skills?  The answer is, NO. Colleges and universities often advertise themselves as providing students with the skills to get a good job, but rarely say what those skills are, and employment data does not support their claims.

Higher education consistently told the public that a person with a college degree made far more money than those without a college degree. Given the amount of student load debt graduates incur, it is not likely that will be true in the future because the salaries cannot compensate for the debt. It is very common for graduates to return home after college because the jobs they can get, if they can get one, do not allow them to pay their debts and live independently.

To compound the problem of adequate job training, just about every parent wants every one of their children to attend college so that they could be successful. As a result, the infrastructure that provided technical and trade training has disappeared, so children who did not have academic aptitude or simply did not want to go to college don’t have the opportunities to be well-trained for the job market.

Where Do We Go From Here?

​Obviously, reforms are needed. Higher education must have as its mission to produce students who can speak well, write well, solve problems, and work well with others — as the business world wants. Colleges and universities should spend less time on teaching students a list of ideas, facts, and procedures. Instead, they need to reevaluate their curricular and make sure courses emphasize and evaluate these basic skills.

This requires a great deal of work and effort. It is much harder to evaluate writing, speaking, being able to work with others, and problem solving skills than it is to evaluate the degree to which a student knows a body of facts and procedures. This is not to argue that mastering a body of knowledge is a worthless endeavor, but if that is all that a student learns, it will not get them very far. The facts and procedures they learn today are likely to be replaced by newly discovered facts and improved procedures.

Colleges and universities need to study the way they manage their money. Cutting costs should involve things that do not harm the achievement of the goals of education. Money should be spent furthering the development of ideas. The support for research needs to become a top priority because higher education has always been the leader in innovation and invention. Maybe some colleges need to shut their doors or, at least downsize. Higher Education needs to get back to educating informed and literate graduates. If the current trend continues, I see even more problems for higher education in the future.